This is one event that I really wanted to see when I was in Taiwan, and I finally got the chance.  It’s a pretty cool day out, and a great experience to send your own lantern flying up into the night sky.  There’s plenty of information around the internet about the festival itself, so I’ll just leave a few pointers on getting there/away & what to expect.  The event is held on 3 separate days, with the final one being on the 15th day after the Lunar New Year.

I’ll say it straight up, expect a crowd.

Getting there: Bus from MRT Muzha or MRT Taipei Zoo Stations (more services from the Zoo).  You can also take the train, but the bus is much more direct. Bus takes ~1hour 20minutes.
**NOTE: Buses will be crowded, so you may be standing the whole way.  If you get motion sickness easily, do take whatever precautions you can.

Once there: There’s a few things you can do while waiting for the night time release of lanterns:

Do take some food/water with you, and a picnic blanket too if you want to get a spot early.  People seemed to start staking out places from about 4:30pm, so if you find a good place, keep it in mind & get back there early.

Getting back: The line for the bus will be crazy long, so expect to wait for at least 30 (probably longer) minutes.  There are two lines – for those who want a seat on the bus (longer line), and those who are willing to stand (quicker line, but still really long).  The buses are free, and will take you all the way back to MRT Taipei Zoo station.  Again, if you get motion sickness, take precautions.

Now for the pictures ! 🙂 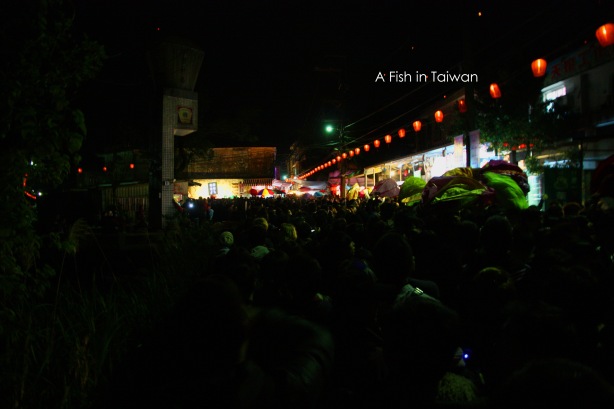 A family release their lantern in the middle of Shifen town. 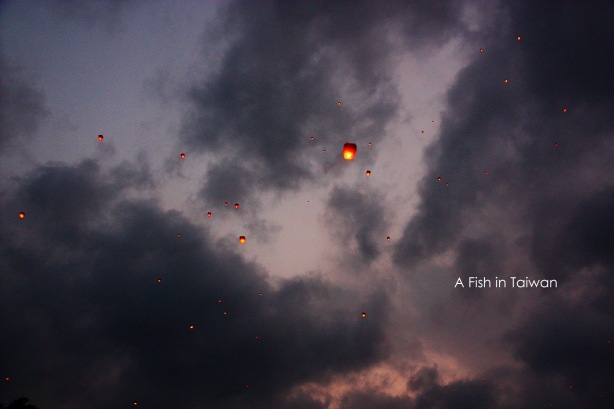 Lanterns flying away into the dusk sky. 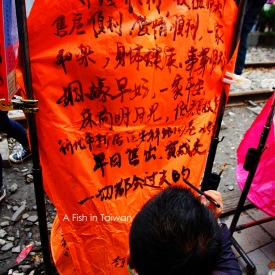 Writing wishes & messages on a lantern.

Looking back at Shifen Railway Station.

He lets you know when the train is coming.

Lanterns rising up between the houses in Shifen.

Train rolling right through town – it comes at a good speed too!

If you want to try something tasty ….

More lanterns rising up into the sky. 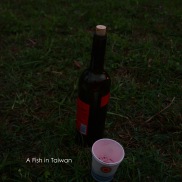 Make sure you bring some food & drink with you for the day. 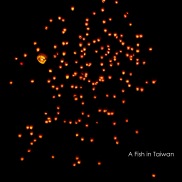 The 2nd release of lanterns on the night. There are 3 big releases in total.

One last picture of some people releasing their own lantern. 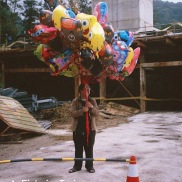 Surprised that this guy didn’t fly away with so many balloons. (Photo Olympus Pen EE-3) 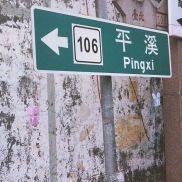 Back to Pingxi from Shifen. (Photo Olympus Pen EE-3)